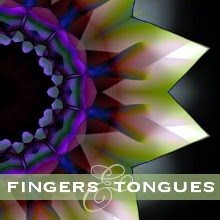 Synopsis:
"Fingers & Tongues" is a collection of explicit but well-written sex stories featuring women and men as sexual collaborators.

"I am constantly looking for the story that actually weaves some kind of narrative with believable and interesting characters in addition to the usual sucking and fucking. 'The Cinema', with little preamble and stampeding straight towards a completely anonymous and after-the-fact consensual scene completely took me by surprise. Your heroine was at once self-conscious and unabandoned, violated and in control. Your descriptions were sensual, shocking, embarrassing. They inspired me, they got me off. I wish my wife were home." K. G.

Walking from the train my hand brushed against a woman’s leg. The sudden feel of her skin through the fabric of her thin skirt felt surprisingly wonderful and I realised that even though people are familiar to the touch of themselves during the day, even so familiar that any contact is cut out from everyday sensations, that people never touch each other, really feel each other, become aware of someone’s skin, unless it’s like this, by accident.

So, I had the feeling of soft thigh, of her legs together as she was walking. I could imagine how it would feel if I rubbed the cloth against her, exploring the softness.

I turned round to apologise, and saw a small thin dark young woman who looked shy and embarrassed, someone who looked like they had never been touched before.

As I walked away, I thought about how I wanted to touch her. I would take her somewhere where we wouldn’t be disturbed. I’d want her to stand behind me, to one side, as one hand replayed the touch of her leg.

My hand would move across her thighs, dipping into the gap, grazing over her mound lightly. I would start to gather up her long thin cotton skirt in my hand, so that it uncovers her legs, to rest the cloth on my wrist, leaving my hand to explore.

My hand would slip between her legs, moving up, tracing a finger over her panties, following the elastic over her belly, feeling her quiver and begin to breathe faster. Her hands would be on my shoulders, holding me.

Author Interview:
Can you describe your book in one sentence?
Smart erotica with women and men as sexual collaborators.

What was the hardest chapter (or part) to write and why?
I always found writing dialogue hard. And so I made myself write a story entirely as dialogue, a column for each person. It's a group situation of a woman with two male friends. It reads like a radio play. I'd love to hear it performed one day!

For those who might consider reading your book, what would you tell them to expect?
It's not your typical erotica because I crafted my stories specifically to arouse the reader. Once the sex starts, it's uninterrupted by dialogue.

What made you want to write erotica?
I discovered erotica at the age of 29 when I bought a second-hand copy of Nancy Friday's "My Secret Garden". It's a collection of female fantasies from 1973, and written in women's own words. I loved the variety and honesty of the fantasies. They turned me on! I still have the book.

I then sought out erotica online and in books. I found the erotica online that was written by men (usually young men) quite cheesy and cringe-making. With other erotica, I became frustrated when a sex scene would be interrupted by dialogue.

I decided to write the kind of erotica that I wanted to read, something that was intelligent and well-written but which had more sex and less talk, and in which the female characters didn't make me cringe or wince.

I realised that there was a separation between fantasy and reality. There are things that I enjoy fantasising about but which I have no interest in doing in real life. Fantasy is the freedom to explore my sexuality in writing while also bringing some pleasure to my readers.

How long did it take you to complete your first book?
This is my first and last book of erotica. I wrote the stories over a two-year period. I initially posted them online and got rave reviews.

What was the best writing advice that someone has ever given to you?
Write. Write every day, anything, as long as you write. You have to be comfortable with the mechanics of writing before you can really start being creative.

Will you have a new book coming out soon? Can you tell us about it?
I'm currently running a crowdfunding campaign on Kickstarter to print "fingers & tongues" as beautiful books. I'll be printing a small pocket paperback with just the stories. I'll also be printing a limited edition hardcover that includes the stories, as well as unfinished stories, a true story, selected feedback and story notes.

At the time of writing, the project is 70% funded two-third through the campaign.

My Review:
What really struck me while reading the short stories in Fingers & Tongues was the vast variety between all of them. Paola skillfully transitions between writing heterosexual and homosexual encounters. Frequently when I read a book of short stories they tend to feel formulaic; however, this was not the case with Fingers & Tongues. I would not have been surprised this was an anthology of short stories written by a variety of authors. And so, I am genuinely impressed with Paola's versatility as a writer. With this being said, I would suspect that there is something for everyone in this eclectic collection. If one story doesn't turn you on (literally) I'm sure you'll find another that would do the trick.

Fingers & Tongues was given to me in exchange for an honest review. Thank you Paola for trusting me with your work!!