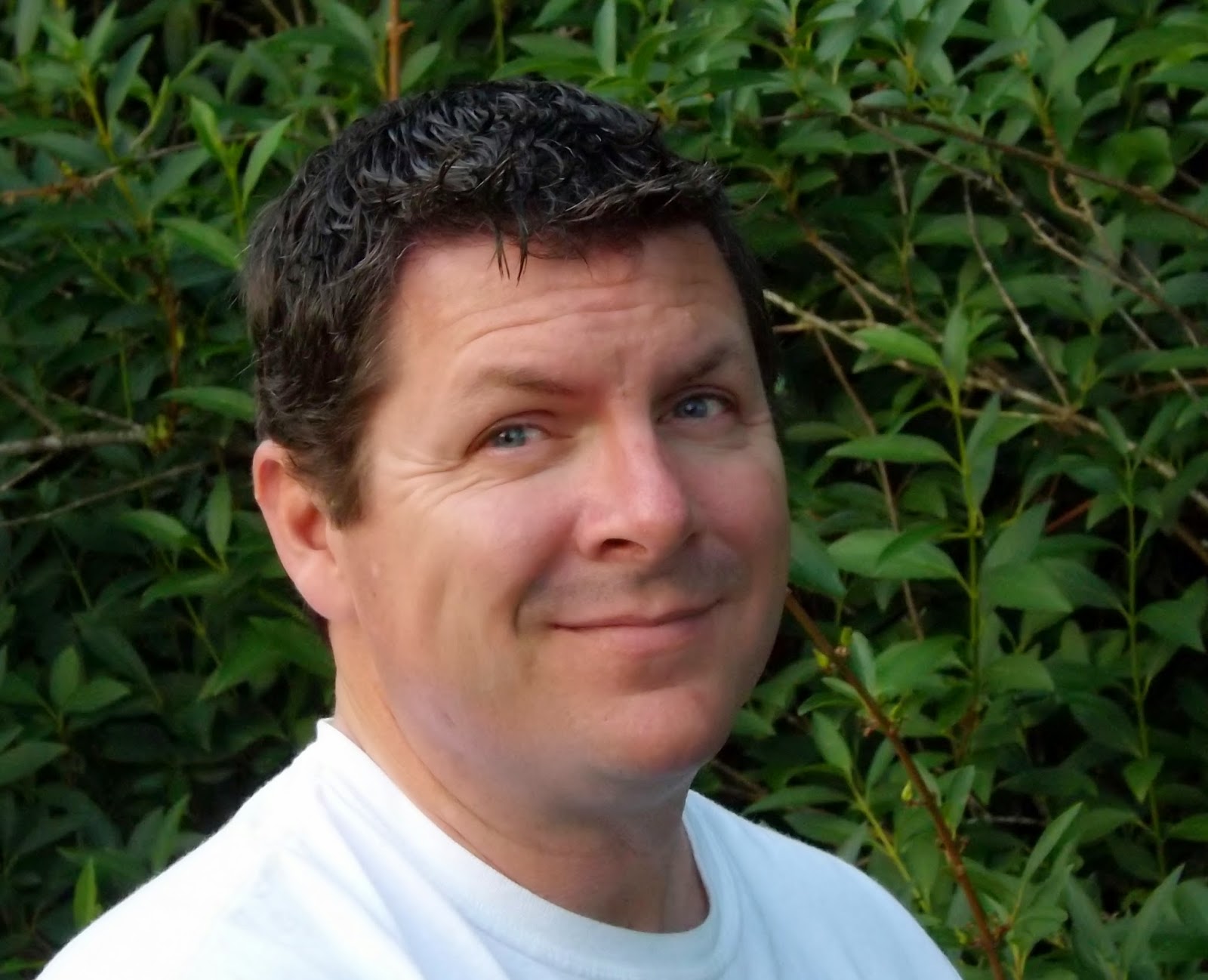 About Todd Michaels:
Todd Michaels’ love for self-expression through creative writing, combined with his fascination of human sexuality, found a mutually beneficial outlet in erotica. Always one to question, his stories explore many darker (and often taboo) themes in Western culture. He enjoys “watching the movie in his head,” and writing the story as it unfolds.

In addition to his family, writing, and his day job, Todd seeks self-improvement and enrichment. He believes although we may never reach true perfection, there is no excuse for the lack of pursuit. He also enjoys sailing, water skiing, classical guitar, and teaching music.


Author Interview:
Can you describe Taking Benji in one sentence?
This short story takes a potentially disturbing look at what can happen between semi-competitive young male cousins when sexual tension is high.

For those who might consider reading Taking Benji, what would you tell them to expect?
This story deals with two taboo themes: incest and non-consent. It also has a dubious (non-HEA) ending.

Tell us about your writing process.
My ""process"" isn't really a process, per se. The best way I can describe it is to say, ""I watch the movie in my head"" and pen what I see.

Did you always know you wanted to be a writer?
Writing in general, and composition specifically, has always been endeavors I excelled in. In school (including college), my rough drafts were generally A's. I always assumed (my mistake) my career would involve writing in some form, and dreamed (from high school) of being a novelist.

What made you want to write erotica?
I've always been fascinated by sex, especially taboo sex. Erotica seemed to be the perfect fit for me.

What does your writing area look like?
My favorite place to write is outside at dusk, sitting at my patio furniture. Living on a farm, I love sounds and mystery of the nocturnal orchestra.

Do you work with an outline, or just write?
Although outlines are suggested and recommended, I don't use one. I simply free write and generally don't need to restructure. However, I may need to use an outline for longer works.

Is there any particular author or book that influenced you in any way either growing up or as an adult?
First, Edgar Allen Poe. Then, Stephen King. Their content and writing style influenced me equally.

How do you market your work? What avenues have you found to work best for erotica?
Sadly, I'm very new to the "self-promotion" thing. I'm learning, but I'm afraid I'm not very proficient. My primary goal is reader engagement. I use social media (Twitter, Facebook, YouTube, Google+) and my site/blog. I also have profiles on the retail sites.

Will you have a new book coming out soon? Can you tell us about it?
Yes! :) I'm currently working on a re-write that deals with taboo themes (incest, non-con). It's a M/M tale and will be my longest work to date (under 10K). Getting this story into production will allow me to pursue several other projects in various stages.

Taking Benji Synopsis:
Trevor and Benji, cousins and recent high school graduates, attend an end of summer lake party before they and their friends head off to college. The sun is hot, the beer is cold, and the girls are on the way. Nothing goes according plan and things take a dark turn when Trevor decides to see how far he is willing to take his rivalry with Benji. (M/M)

Excerpt:
“For the past week, Benji was constantly around. I tried to beat off in the shower while he watched TV, but couldn’t come. I thought I was going into pussy withdrawal. I needed to get laid tonight…badly! If I didn’t score tonight, I didn’t know what I’d do.

We’d planned to arrive early at the lake and get a head start on drinking. There was also the matter of room choice for the highly anticipated events later in the evening. Mike and Kelly, of course, would take the master. The house was his parents and the master offered the biggest bed. When I learned John and Brian would take the remaining bedrooms, I was shocked. I was really hoping Kelly would bring Zoey, one of her slutty cheerleader friends. She was rumored to not only be easy, but a little freaky, if you could get her alone. If she did show, I was hoping to get a shot at her freaky side. That meant having a bedroom.

“What about us? I mean, there’s only three bedrooms! If Zoey shows, what am I supposed to do?”

“You guys will have to take a couch. Just don’t spill beer, and don’t leave any peter tracks!” Mike cautioned with sarcasm.

“Why don’t we get a bed? I mean, I helped plan this thing. You know how Zoey is!”

“Hey, you guys got here last. John and Brian called the rooms. You shoulda gotten off your asses and got here earlier. We’ve been here most of the day! Now, if one of them strikes out…”

“Hey, that’s bullshit, man! We’re all gonna get laid tonight…even John! You guys will just have to fuck on the couch. Or, you can use my bed when I’m done. Just put a towel down!” Brian laughed.

Begging For It Synopsis:
Once again, he watches as she parades near his window, scantily clad on the hot summer’s eve. Once again, she entices him by bending over while pretending to walk her dog. She knows exactly what she’s doing and precisely how to excite and frustrate him, teasing him with the body she would never before share with him. Now, he’s prepared, he’s ready. Tonight’s the night. (M/F)

Excerpt:
“I feel pretty confident. I’ve read tons of articles and stories online. Even though they were fantasies, I’ve gotten some pretty good ideas. I’ve collected my “tool kit,” everything I’ll need for my task.

I leave my apartment, careful not to lock the front or back door. I walk across the parking lot and pretend to check my mail. I can see her disappearing around the corner. Perfect. She probably won’t come back unexpectedly. I leave the junk mail in my box as I take a slow pan around. I feel a faint and unmistakably dark smile on my lips.

The sun is fading, the long shadows clearly winning the battle against daylight. No one is leaving or pulling in. No one is sitting on their porch or conversing in the common area.

I walk to my car, continuing my slow survey. I feel my pulse quicken as the adrenaline rush hits. It’s now or never, I think to myself as I retrieve my tools from the rear seat. I leave my keys under the driver’s floor mat, in case I need to make a quick exit.

I slowly walk in the general direction of my apartment, but duck quickly behind the thick shrubs leading to her porch. From my concealment, I scan the area again, just to make sure no one’s noticed me. My breathing has quickened as the leaves lightly scrape against my shirt.

I still have a few minutes before she returns. It’s a warm night, but I’m sweating more than I should be. I crouch and shift quietly, trying to find a position I can hold and still provide enough force for my initial attack. My tools are in my nylon fanny pack around my waist.

I hear her coming, but can’t see her yet. She’s talking to her dog. I can’t quite make out her words. Air conditioning units cycle relentlessly. A car horn blows somewhere across the complex. It’s darker, now; the streetlights are beginning to flicker to life.

Wait. What the hell am I doing? Am I really going through with this? My joints begin to signal their discomfort. My entire body feels aglow with adrenaline and anticipation. Am I ready to become a rapist?

Sure, I’ve read hundreds, maybe even thousands, of rape fantasy stories. Many of these were written by women. I’ve even read how rape fantasies are one of the most common sexual turn-ons.”

Email ThisBlogThis!Share to TwitterShare to FacebookShare to Pinterest
Labels: Spotlight