I want to take a moment to welcome Sarah back to this blog! Last time I hosted her author interview, and reviewed Bedtime Confessions.

Synopsis:
A mysterious woman tells her tale to the private investigator sent to find her…

Lottie reveals the tragic events that led her into the arms of a community of free-loving people. Within the secretive confines of the Lodge, she has a chance to be herself and escape the banality of her day job.

A ménage à trois doesn't work out how she expected and she leaves behind the friends who helped her find her creativity. She goes on to explore her need for control, adopting the guise of a domme. But a domineering man arrives in her life and overthrows everything she previously believed. He is unforthcoming about his past – but we never discover the reasons. We know they were parted, but why?

Part one of a two-part story. Concluded in A Fine Pursuit.

Chambermaid's Rule No.1
The Ruse

“Housekeeping!”
The Chambermaid marched into the suite, where a man stood by his bed for the night, freeing the small suitcase that sat atop the mattress of its contents. He glanced sideways, a little nervously, and acknowledged the woman.
He muttered, “Erm, I didn't…”
“Pardon for the intrusion, sir, we messed up. Your bathroom wasn't crossed off the list. Seems it didn't receive the proper cleaning. Every bathroom has to be steam cleaned between guests' stays.”
“God, listen, it doesn't matter. I don't really care about that.”
“Sorry, it's a health and safety policy. Unless you want another room…”
“Get on with it then,” he grunted, desperate for her to just get out.
“Thanks,” she enthused, grateful. She wheeled in her trolley of cleaning goods, taking it toward the open door of the bathroom. She clattered and clunked about over the kinks in the hotel carpet and heard a barely audible tut escape his mouth. Without him knowing, she was assessing his demeanour and behaviour. She was already getting a picture of the man's tastes and desires from his almost unreadable body language. Today's client was an unwitting servant who would not know that he had been set up (his wife had organised Lottie as an anniversary treat).
She dove in the bathroom and as she shut the door, he glanced in her direction again but would not have caught a very good look at her face. She would seem to be a generic hotel-worker-type, with one of those unattractive, bland uniforms, plus lank hair and a colourless face.
In the bathroom, she knew he would hear the low whirring of her portable facial sauna. But to him, it would seem some kind of small machine she used to carry out her “steam-cleaning”. He would imagine so. Why wouldn't he? Honestly. Why would he believe anything otherwise? She was just a bland hotel cleaner.
She peeked out between the door and saw him sat on the edge of the bed. He picked up his mobile phone and checked it, probably out of fretfulness. His wife had stayed behind at the bar a little longer than she said she would…
Lottie retreated back behind the door and recommenced work. With her face brightened, and hair moist, she looked different already. Radiant. She slicked back her hair. She applied false lashes. Easy. Bright red lipstick. Black eyeliner. She ripped off the baggy uniform to reveal her lingerie beneath. She slipped a pair of heeled shoes out of the cart and replaced her plimsolls with those. She shook her limbs into shape, leaving behind her former hunched demeanour, and became the Chambermaid.
She knew he would be waiting for her to get the hell out of there, finally. He was probably imagining all sorts of scenarios.
He tapped at the door gently and scared her.
“Are you done? If not, it doesn't matter. In fact, I will pay you to leave right now. Please. My wife is going to be back any moment and this is meant to be a make-or-break night.”
At the ceasing of his desperate pleas, he heard a series of seemingly unfortunate events unfold behind the door. Bottles and towels tumbled down on the poor cleaner and she screeched, before assuring him, “I'm okay, I'm okay! Just had a little scare… Listen, mister, I have got a serious problem on my hands here. Found some cockroaches under the bathmat. Dead ones. You never know when two more may turn up for their funeral, however. This is real bad, mate, you know? Could close the hotel!”
She was desperately trying to remove shampoo from her leather corset.
“Shit!” he shouted.
“Listen, gimme a minute or so while I sort this.”
Behind the door, he had no idea what was going on. All the time, he was being drawn in further to the ruse, forced to occupy himself while he tried to patiently wait out the minutes and seconds this girl was potentially ruining his passionate expectations. She heard him switch on the TV set, apparently attempting to idle himself away with one dreary teatime show after another.
The bathroom door creaked open and she pushed her trolley out, clattering around again. He did not bother to look behind himself. He breathed a huge sigh of relief at her having finally finished her inconvenient hygiene intervention.
The door closed and he muttered with the remote doing his gesticulating, “Thanks love, you done?”
“I most certainly am sir,” she replied, in a deeper, sultrier tone. His ears pricked up immediately. His head spun slowly and all he saw was a sleek body, kitted out in leather and lace, heels and stockings. He saw it all out of the corner of his eye and his trousers stirred. He pieced all the events together and the realisation hit.
“I should have known it was you,” he chuckled. The element of surprise intrigued as much as aroused him.
“Now, sir, now, you have to do exactly as I say, beginning with closing your eyes.”
“Yes Chambermaid,” he agreed, turning the TV off and throwing the remote away. “Tell me what to do.”
“Keep those eyes closed otherwise there will be trouble…” she warned, huskily.
“They're closed, they definitely, are, closed…”

(That's the first and last time I will ever refer to the Chambermaid in the third person. She is me, was me, and always will be me. However, as we shall see, she is not the entire me…)

My Review:
This book has a strong streak of honesty, which makes it speak as a true story. I will admit that I did not know A Fine Profession was based on a true story while I was reading it; however, I strongly suspected this was the case (and felt very justified when I discovered I was correct). This book has complex characters, situations, and interactions and tells the tale of a "lost" woman searching for her identity. A Fine Profession shows how a normal, regular woman can journey through the sex culture and come out better for it. For those who are interested in reading a genuine "women's issues" story with a strong taste of erotica, I would recommend this book to you. 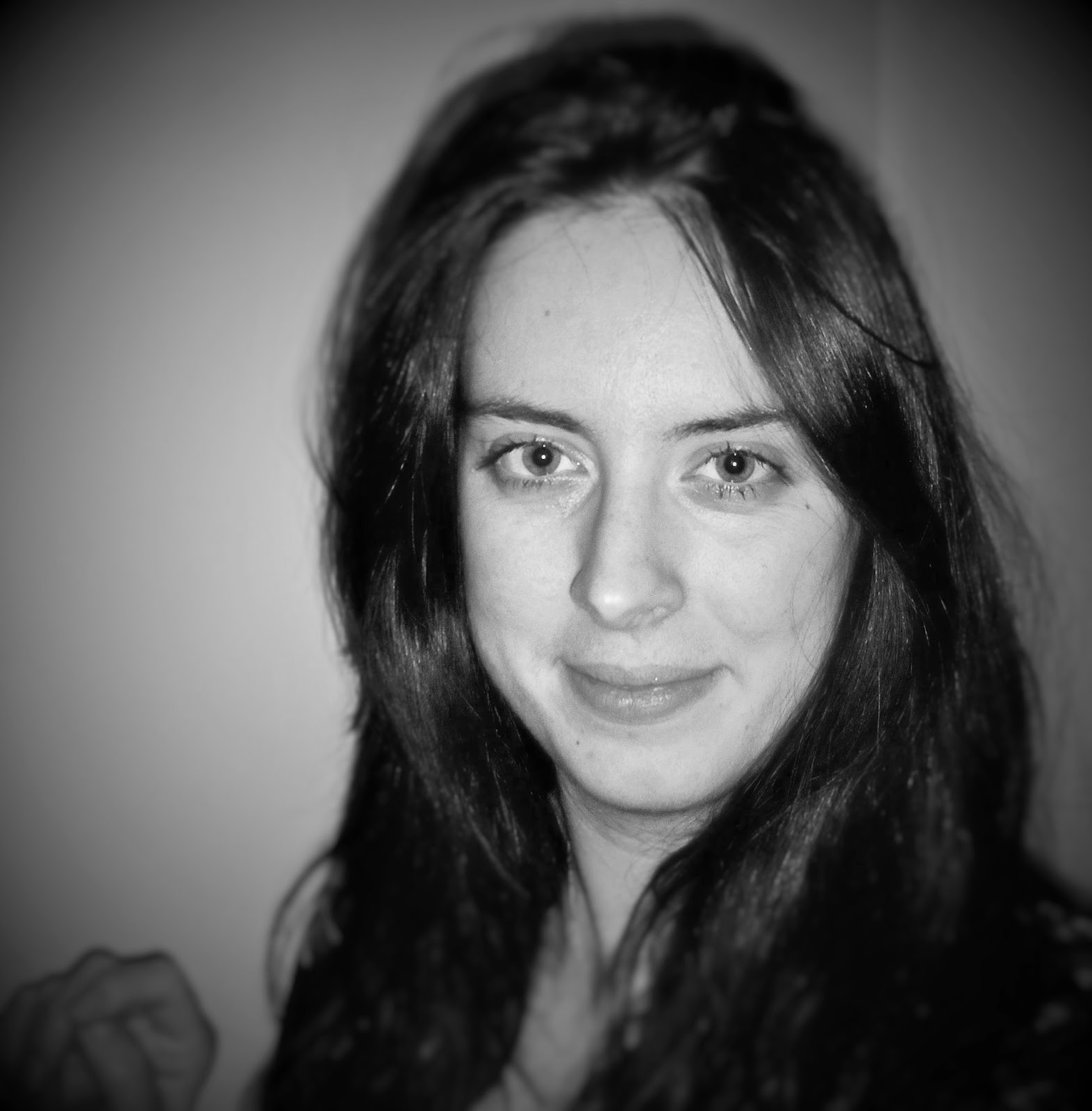 About the Author:
Sarah Michelle Lynch is a wife and mother living in Yorkshire, England. She worked in journalism for several years before finding creative writing during a long period of maternity leave.